Samsung abandons its Tizen ecosystem to join Google in its fight.

The American giant Google surprised everyone during its Google I / O conference by announcing a partnership with Samsung. The two companies had separately developed their own ecosystems for connected watches with WearOS at Google on one side and Tizen at Samsung on the other.

An admission of failure

Wear OS, Google’s operating system, had never managed to rally all the players in the sector, unlike Android on smartphones. Huawei, Samsung, Fitbit, Xiaomi or even OnePlus, had all chosen to develop their own ecosystems. By 2020, WearOS had practically disappeared from the market. Only the Fossil group continued to offer WearOS watches to its customers. The acquisition of Fitbit by the American giant Google foreshadowed the arrival of new models of WearOS connected watches at Fitbit, without this ever materializing. With less than 7% market share, Fitbit is also one of the big losers in this segment.

Samsung, for its part, had abandoned WearOS very early on to develop Tizen, its own ecosystem, which offered it more flexibility in its choices with a radically different interface and above all an operating system that consumes less energy. However, its connected watches have not been a huge success since the Korean manufacturer has never managed to pass the 10% market share mark despite its efforts.

The unexpected merger between Samsung and Google is therefore not so much a consolidation but more an admission of failure for the two giants, who are now more than ever under pressure from Chinese competitors. Apple, conversely, consolidated its position, going from 34% market share in 2019 to 40% in 2020, according to Counterpoint figures.

Save the ship by joining forces

Hand in hand, Google, Samsung, and Fitbit will therefore try to launch a new offensive on the connected watch market with a more modern operating system. WearOS has been the subject of two main criticisms: the lack of customization of the interface, uniform for all manufacturers, and its disastrous autonomy. The new version of the OS will allow manufacturers to further customize the interface and application developers to personalize the WearOS watch faces by integrating information into them. This will allow Fitbit’s step counter to appear on the dial chosen by the user. Samsung will even be able to keep its navigation simplified with the use of its crown, which made it easier to navigate through the menus by rotating the crown around the watch face to scroll through the information faster. At the interface level, Google will also adopt the new style material You d’Android 12.

Autonomy level, Google intends to improve the performance of its OS to guarantee two days of battery … Which remains very light against the competition. WearOS remains a very power-hungry operating system – where other watches that offer less functionality are able to last up to 15 days in a row without recharging. So not sure that this argument rallies the crowds.

The new version of WearOS, however, above all signs the death of Tizen, Samsung’s in-house operating system, which represented around 10% of the market share. The manufacturer’s next watch should indeed run on WearOS. And bad news for owners of older Samsung watches: previous models will not benefit from an upgrade, which means that new software should no longer be expected. According to Wired, Samsung would however have committed to guaranteeing three years of updates for its OS. 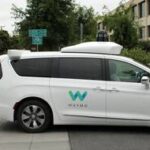 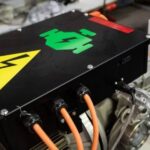