Microsoft concluded its E3 2021 showcase with an announcement that isn’t about video games, but your kitchen. Indeed, the Xbox Series X-shaped mini-fridge. Which the company has promised to make after beating Skittles in a Twitter poll. Maybe it will release in 2021.

When announcing the design of the Xbox Series X. Many users laughed at its resemblance to a fridge and flooded social networks with memes. Amused by the situation, Xbox had first created a full-size fridge that it had sent to several influencers.

Following a Twitter contest between Xbox and Skittles to elect the best brand account, Xbox had promised that if it won, it would market the mini-fridge in the image of its Xbox Series X console. . The company had indeed won the title, but we had no idea when the fridge was going to be available.

Microsoft promises that the next Xbox Mini Fridge is ” the world’s most powerful mini-fridge .” This obviously refers to one of the company’s main marketing arguments for promoting its Xbox Series X console.

What we can see in the short video below of the Xbox mini-fridge is its small size. Indeed, it seems to be able to hold a dozen cans of soda at most. As this is a miniature fridge, it shouldn’t end up in the fan’s kitchen. Indeed, it is more intended to sit on the desk of the most hardcore gamers. Who needs energy drinks nearby to play all night.

Although the fridge does not contain a game console, Xbox still boasts an Xbox Velocity cooling architecture for the fridge. The mini-fridge will be officially available in the fall. But we don’t know if it will be possible to buy it in France. There is no set price for this device. We imagine that stocks will be limited and that they will quickly be a victim of its success. 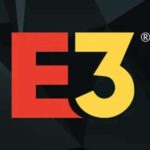 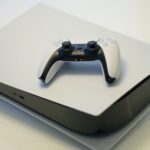