Escape from Tarkov is a very promising online multiplayer shooter that could become one of the best Russian games after Tetris.

The work of the St. Petersburg-based studio Battlestate Games will rely on strong RPG elements, realism, and a good vision, slightly reminiscent of STALKER

The action of the game takes place in 2028 in the fictional city of Tarkov. Built as a free economic zone between Europe and Russia.

Despite its promising beginnings, Tarkov quickly became home to greedy corporations and widespread corruption that soon escalated into a political scandal and armed conflict. The UN and Russia intervened, blocking the city, as well as two private military companies.

It is as a fighter of one of these private paramilitary factions that you will enter the role.

The choice is between working for Russia BEAR or corporate USEC.

Although the game is essentially an online shooter, it will have a story. And the player will have to understand what is behind the events that led to the blocking and emptying of Tarkov.

Then, as the name of the game suggests, the main goal will be to escape from Tarkov .

Changing day and night, a beautiful post-apocalyptic Russian environment with which you will have to interact. And a huge open-world are part of the elements of the game.

The ballistics and all the characteristics of the weapons will be exactly as they are in reality. And the game will offer quite complex options for their improvement.

However, more action-oriented modes are expected , with less realism.

Escape from Tarkov will be released in the second half of this year and costs 39 euros.

Escape from Tarkov: Which character to choose?

What is the difference between Escape From Tarkov BEAR or USEC? This is the question you will probably ask yourself when you start Escape From Tarkov because you have to choose your character before you can do anything. We’ve figured out the details of what exactly this means and the benefits of choosing each one, so you can make an educated decision.

The biggest and most obvious difference between BEAR and USEC is that BEAR is Russian, while USEC is American. This means that their in-game chat is different; if you do not understand Russian and select BEAR. You will not be able to understand what your character says during the game. The same goes for USEC if you don’t understand English. That said, in-game chats aren’t a huge part of the game, but they can be useful if you’re playing in a group but don’t use voice chat.

Escape from Tarkov BEAR or USEC?

This has not been confirmed to be absolutely true. But according to GamersHeroes. BEAR symbols do not respond to ridicule, which helps you stay hidden while USEC will. On the other hand, BEAR will sometimes laugh at murder. Again, this is not clear, but it is true.

Depending on which version of the game you buy. Each starting weapon you deserve will also depend on the character you choose. For example, USEC will prefer rifles like the MP5, while BEAR will start with the AKS-74U. Later, BattleState Games announced that they would apply other faction bonuses such as making BEAR heroes increase their skills with Kalashnikov weapons and heavy armor. While USEC would focus on light/medium armor and American weapons. There is no ETA for when this feature will add to the game though.

I am not sure that it will available in your country. 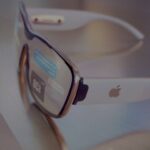 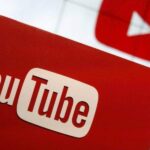