2020 has been an important year of launches in India for Apple. Not only have the new iPhone 12 arrived. But the company has finally begun its independence from Intel with the launch of its first MacBook with its own processor.

But 2021 maybe even more decisive for your future. Not only the launch of more Macs with an Apple processor expected, but it would be preparing new devices such as augmented reality glasses.

It is not yet clear if this secret project will see the light, but the leaks indicate that there are already at least several prototypes of what would be possible. And to that we must add the patents registered by Apple.

Apple AR Glass would offer apps and services without using the iPhone or Apple Watch. It would be a more natural way to follow the path marked by the maps app or to find information about the objects we are looking at.

The possibilities are endless, but we are talking about Apple; there has to be something special, something that we have not already seen in projects like Google AR Glass.

The key may be in the latest Apple patent that has been made public, in which it details a way to create lenses that adapt to the user’s sight.

The patent, entitled “Electronic Device with Adjustable Lenses,” details a method to make the focal point of the lenses change depending on the user. With an adjustment mechanism that will allow the experience to be personalized for each person.

The problem Apple has run into is that it would have to offer the option of prescription lenses. There are companies that partner with opticians for this, while in other cases users are left to their own devices.

The technology that Apple has devised would avoid this, offering the same model of glasses for everyone. In fact that they could change their prescription automatically.

This system would be based on a central liquid chamber, between the lenses, whose pressure could change; depending on the amount of pressure added, the lenses flex, changing their optical properties.

It is not such a weird idea; In fact, there is already a prototype of auto focal glasses, presented last year by Stanford University that resembles, at least in theory, the Apple patent.

Therefore, In Apple AR Glass the lenses could change to fit our eyesight. Probably with some type of application that allows going through a customization process. Different types of lenses could also be created, shaping this liquid section with small motors, more precisely adjusting the way light passes through the lens. 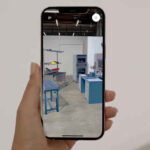 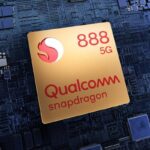