During the Build 2021 conference  this week, the CEO of Microsoft spoke about a major evolution of his operating system. While being miserly on details, Satya Nadella spoke of a new generation Windows which should be unveiled soon.

This week is  Microsoft Build 2021, an annual conference for developers. The CEO of Microsoft, Satya Nadella, intervened in person. During his presentation, he spoke about a new version of Windows that is expected to bring many changes, going so far as to talk about ”  one of the most significant Windows updates in a decade  ” and ”  the next generation of Windows  “.

Satya Nadella did not detail what’s new, but said, “  We will create more opportunities for every current Windows developer and welcome every creator who is looking for the most innovative, new and open platform to build, distribute and monetize apps. . “

The update could be released in the fall

Some details of what promises to be a major evolution of the operating system are already known. The firm is currently working on a new version of the Microsoft Store, capable of accommodating all applications, including desktop software and games, thus creating a centralized catalog as it already exists on smartphones and some versions of Linux. Microsoft also plans to modernize the interface of Windows, a project which bears the code name  Sun Valley and which will include, among other things, new icons and a redesign of the “Start” menu.

Satya Nadelle did not specify a date for this new version of Windows, merely indicating that the firm would share more information ”  very soon  “. Some rumors suggest a special event dedicated to this new version in a few weeks. This suggests that the release could take place during the major annual Windows 10 update in the fall. 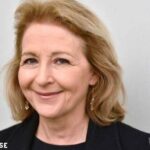 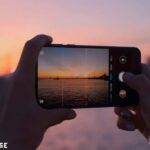