The Toulouse start-up Chill Ride has designed a refreshing and warming vest to put on under the biker's secure jacket. - Chill Ride

TECHNOLOGIES Toulouse engineers had the idea of ​​developing a system to heat or cool bikers depending on the season, using a “simple” vest.

Traveling the roads in summer can be a real ordeal for bikers, suffocating under the heat of their secure jacket. And winter is not much better, the leather not slowing down the freezing cold. So that riding remains a pleasure in all seasons, the Toulouse start-up Chill Ride had the idea of ​​creating a cooling and warming vest to put on under their equipment.

The idea germinated a few years ago in the mind of a young Insa engineer, David Stas, a motorcycle enthusiast. While some systems already existed, he decided to create a reversible device for his personal use. Before thinking that it could be used by other fans of large displacement.

Joined by Arthur Bataille, also from the engineering school, he embarked on the entrepreneurial adventure to validate the prototype. “This vest is made of double-layer textile material in which the hydraulic circuit is braided. A fluid will heat up, but it is also reversible, which is more complicated, to create cold, ”indicates Arthur Bataille.

Fifteen bikers will test it

Thanks to a box attached to the handlebars of motorcycles over 500 cm3 and another connected to the fork connected to the battery, users can oscillate the temperature between 18 and 38 ° C. In three to four weeks, fifteen beta testers will be equipped with this technological innovation made in France. “This will allow us to improve the bindings according to the motorcycles, to test the uses”, continues the co-founder of the start-up which employs six people and has already won a French Tech Tremplin competition.

At the same time, it launched a crowdfunding operation on the Kickstarter platform, where interested bikers can pre-order their vest at a preferential price (699 euros), with delivery within a year. A means that will allow Chill Ride to launch the project and move on to the industrialization phase. “We hope to have around 100 orders by the end of the year. Ultimately, we want to lower the price, ”assures Arthur Bataille. 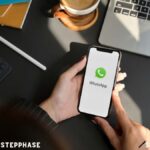 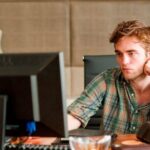