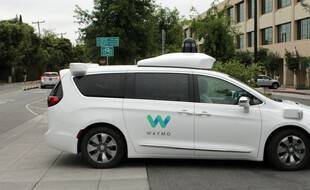 The American YouTuber JJRicks Studios regularly enjoys documenting his trips in autonomous taxis, because the latter is lucky to live in Phoenix, Arizona, the only place in the world where these vehicles are currently deployed.

While the YouTuber was not less than his 54th documented journey in Waymo , Google’s autonomous cars, the latter noted a bug that totally immobilized the car in full traffic. As the car was about to enter a multi-lane road, it noticed that the right lane was closed and marked with traffic cones. This detail confused the taxi’s sensors and forced it to stop, blocking traffic in the process, even after the cones were removed by workers passing by.

If this incident did not kill or cause an accident, it still shows that automatic driving technologies still need to be perfected in order to be deployed on a large scale. Indeed, Waymo’s self-driving cars remain amazing at what they are capable of, but still, encounter too many difficulties to achieve an acceptable range. For now, they only operate in a small area and still require assiduous assistance to function properly.

A question of autonomy

There are several recognized levels of autonomy for intelligent vehicles. Currently the Waymo is at level 4, which means it can perform all driving tasks, but there are circumstances that require additional human supervision, traffic cones seem to be one of them. In addition, the Chinese firm Baidu has also developed an autonomous driving software called Appolo, which also has a level 4 autonomy. This indeed seems to be the current world standard in the most advanced projects.

Range 5 is expected to push smart driving even further and provide a car’s artificial intelligence with the same capabilities as a human driver. Tesla boss Elon Musk has been saying for two years that the company will unveil a capable vehicle: “I’m extremely confident that level 5 or full range will come, and I think it will. very quickly, ”he said. Tesla’s commercially available driving software is currently only at level 2 of range. The firm is also in turmoil after a driverless Tesla car threw itself against a tree and killed its two passengers.

Regardless, the technology is not yet mature but should be in the years to come. For its part, Google’s Wayo division raised $ 2.25 billion in funds last month to continue to grow. Robotic taxis are on track to roll out to the general public in the long term. 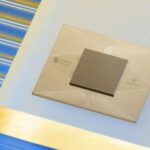 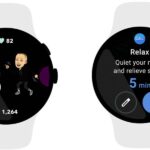