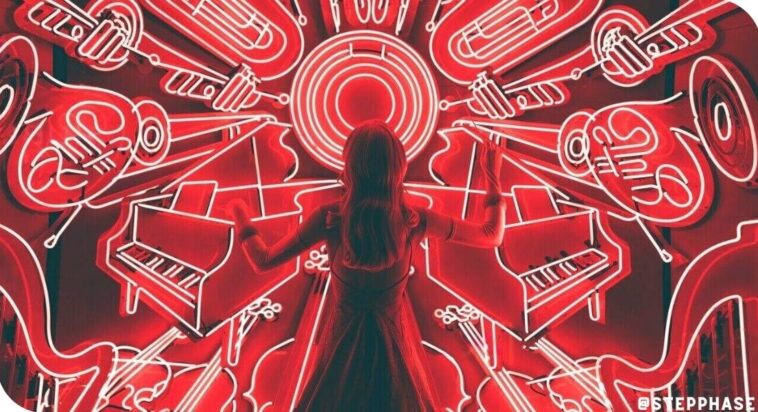 Are we moving towards co-creation with artificial intelligence? - Spencer Imbrock / Unsplash

ARTIFICIAL INTELLIGENCE Discover, every day, an analysis of our partner The Conversation. Today, a doctoral student reveals the promises of musical creation by an AI

Within our societies deeply impacted by technological advances, it seems that the creative space also tends to develop in harmony with these advances. In particular, the exploitation of artificial intelligence is intensifying and its use is interfering in all artistic spheres. And yet, although AI is by definition an algorithm capable of solving tasks relating to human intelligence, the success of its use – whatever its field of study – depends on a rigorous formalization of the problem treated as well as ” a clear definition of objectives.

As such, it seems legitimate to ask to what extent it is possible to combine creativity and artificial intelligence. Can we develop a form of artificial creativity? If so, what are its limits? Faced with massive automation which spares no field of the arts, what place does originality retain? In the music industry, what future AI-based tools can we design? What could then be the instruments of tomorrow?

Contents show
The place of artificial intelligence in the digital art age
So what is the artist’s contribution to this kind of creative process?
Smart creative tool design
Obstacles to the development of musical AI
THE CONVERSATION

The place of artificial intelligence in the digital art age

The emergence of artificial intelligence in the artistic field is considerably correlated with the development of generative models: these are able to synthesize new data thanks to the learning of regularities that manifest themselves within a set of data.

For example, in the field of images, and AI is now able to create an artificial face by learning all the characteristics necessary for its realistic construction, from major elements – such as the nose or the mouth – to the most detailed details. tiny like irregularities in the skin. The generation performance obtained today is such that it becomes difficult to be able to distinguish a real face from another artificially generated one.

In addition to the prowess of a prodigiously realistic result, certain artists hastened to qualify the productions of these generative models as “works”, pushing the idea until its commercialization. The field of music is also affected by this movement: the generation of musical content by AI is possible in all musical genres and it is widely exploited by artists.

So what is the artist’s contribution to this kind of creative process?

The notion of creativity remains intrinsically linked to our human nature and is even an essential component for our development. Although these algorithms are capable of generating a result qualified as “creative”, can we nevertheless attribute this quality to them?

On the one hand, considering that AI is based on existing data, the notion of the novelty of the work is largely restricted. This bias also limits AI to producing standardized results representative of the databases used, sometimes initiating ethical conflicts. Facial recognition algorithms, for example, are often accused of racial, sexist, or cultural biases depending on the predominant majorities in the database.

On the other hand, AI is entirely devoid of a capacity for judgment, and its inability to qualitatively appreciate an artistic result, and in particular its own creations, inevitably relegates it to a condition of a tool.

The power and speed of calculation of an AI are not sufficient to supplant humanity in all forms of cognitive tasks, and in particular concerning certain inseparable aspects of creativity. Man remains de facto essential.

It is in this perspective that the reflection is focused more on an instrumentalisation of AI: rather than the generation of an inevitably limited result, could it not be a powerful tool at the service of the creative process? Engaging in the path of co-creativity, through the development of intelligent instruments and new ways of creating, presumably foreshadows an interesting evolution of creativity, still unexplored, but respectful of artistic expression.

The essence of the work carried out in the ACIDS (Artificial Creative Intelligence and Data Science) laboratory of Ircam consists of imagining and designing new tools and musical instruments through the use of creative AI. In particular, they would help the musician in his compositions or improvisations by providing him with new means of expression and an innovative way of thinking about music. If music software or other computer tools to aid creation using AI are numerous, digital violin making based on it is rare.

However, the development of material instruments is an essential component of creativity: bodily inscription plays a major role in the cognitive process, especially during improvisation or during coordination during collective actions.

Obstacles to the development of musical AI

Unfortunately, the undoubted disadvantage of AI models is their extreme complexity, which results in huge computational costs and significant build time. This voracity in resources leads to the need to use particular computer hardware, such as graphics processors.

Therefore, many perspectives are still inaccessible and especially in the audio field. This enormous consumption and colossal data processing are a major obstacle to the use of these generative models in real time like traditional instruments. These same limitations also affect deployment on constrained memory architecture such as nanocomputers, which are widely used in the construction of electronic musical instruments.

The current problem, therefore, consists in reducing the complexity of AI algorithms so that they are able to operate on “ stand alone  ” instruments, ie independently of the power of a computer. If many reduction techniques exist, only one of them has really borne fruit in the context of a musical application and it still requires many improvements.

The first objective achieved made it possible to sufficiently reduce the complexity of AI algorithms without losing them in terms of musical generation. Once this stage is over, it is then a question of tackling the notion of control and playability of the instrument, in particular through the construction of an adequate interface. For now, our team is interested in the development of a synthesis module meeting the Eurorack standard, which would allow our “intelligent instrument” to be inserted into all modular synthesizers and to interact with other modules. existing musicians.

The possibilities offered by the musical generation thanks to AI are vast: new timbres and sounds, new musical controls, still unexplored methods of composition. If the commercialization of such instruments is not yet possible, it is still likely that they will one day embody the renewal of musical creativity.

This analysis was written by Ninon Devis, a doctoral student at IRCAM and at the Sorbonne Center for Artificial Intelligence (Sorbonne University).
The original article was published on  The Conversation website. 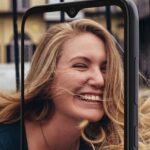