Xiaomi: its future smartphones could be recharged in less than 10 minutes. Xiaomi engineers have developed a wired charger with a power of 200W, an industry record. According to the Chinese brand, a smartphone with a 4000mAh battery would only take eight minutes to recharge.

The ultra-fast charging is fashionable. Of course, its mainly powered by the Chinese manufacturers. Also, this technology aims to make recharging a device fast enough to no longer be restrictive. According to the measurements of our laboratory, the current champion is the OnePlus 9 which recharges in 31 minutes with its 65W charger.

Very regularly, major Chinese brands announce that they have broken a new record, even if that does not mean that the technology is ready to be marketed. After recently announcing a 120W charger , Xiaomi now claims a new record of 200W.

Contents show
Less than 8 minutes to go from 0 to 100% – Xiaomi: its future smartphones could be recharged in less than 10 minutes
15 minutes wireless charging
We are here to hear from you

Less than 8 minutes to go from 0 to 100% – Xiaomi: its future smartphones could be recharged in less than 10 minutes

After all, Xiaomi is present with an amazing prototype of Mi 11 modify to be compatible with its new amazing charger. It only takes 44 seconds to recover 10%, three minutes to go to 50% and seven minutes and 56 seconds to recover all of its battery.

Xiaomi claims a world record, even if, let us remember, this technology is still being tested. We will have to see if this exploit can be made public without risk for our devices.

By the way, note that Xiaomi does not say how its technology works. Most super-fast recharges usually rely on two batteries and an AC adapter that can maintain low-voltage recharging. Is this possible with 200 W?.

Xiaomi: its future smartphones could be recharged in less than 10 minutes

Another announcement from the Chinese manufacturer, a wireless charger capable of providing a power of 120 W. A new record for induction. The Mi 11 prototype then needs 15 minutes and 1 second to go from 0 to 100%.

This is also a record, hoping that Xiaomi has made sure to cool its charger well to avoid overheating. Induction has the habit of quickly raising the temperature.

By announcing a 200 W wired charger and a 120 W wireless charger, Xiaomi is back in front of its rival Oppo. We are now awaiting the response of other brands, hoping that their technologies are ready to be marketed. For their part, Apple and Samsung do not seem at all interested in these exploits.

Xiaomi: its future smartphones could be recharged in less than 10 minutes

Of course, you can contact us to let us know if we are missing something on our stepphase.com page. As well as, Post credit to 01net.com and I hope you like it and by the way, thank you for your visit. 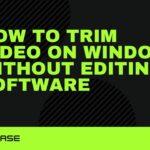