Xiaomi 12s: Of course, Xiaomi machinery does not stop. The Chinese company presented an arsenal of convertibles, televisions, scooters and wearables. Not to mention the new POCO F4 and POCO X4 GT. Now it returns to the fray with an event starring the Xiaomi 12S .

We have new high-end Xiaomi. These devices will not only mount (apparently) the most powerful of Qualcomm. But will also be responsible for launching the Xiaomi-Leica collaboration announced a few weeks ago. And when will the presentation be? Almost there: July 4 at 1:00 p.m.

What do we know about the Xiaomi 12S

From what the leaks have slipped. Everything indicates that the Xiaomi 12S will be three: a standard model, a Pro and an Ultra. Two of them, it is expected that the Pro and Ultra. Will mount the new Snapdragon 8+ Gen 1 as a processor. Something that makes sense being the flagships of the catalog.

Interestingly, a recent leak indicates that the Xiaomi 12S Pro could have two versions. One with the Snapdragon 8+ Gen 1 and the other with the MediaTek Dimensity 9000. The first would also have a 120W fast charge. Xiaomi plans to bring out the heavy artillery.

As for the collaboration with Leica, it is not known exactly what it will result in. According to the statement is to improve optical performance. And the photographic experience. It is an objective that is not very specific to elucidate what can be materialized. Be that as it may, the 4th of July is right around the corner, so you won’t have to wait long to find out. 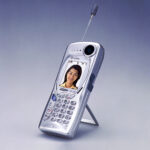 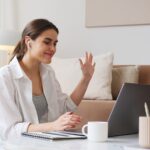