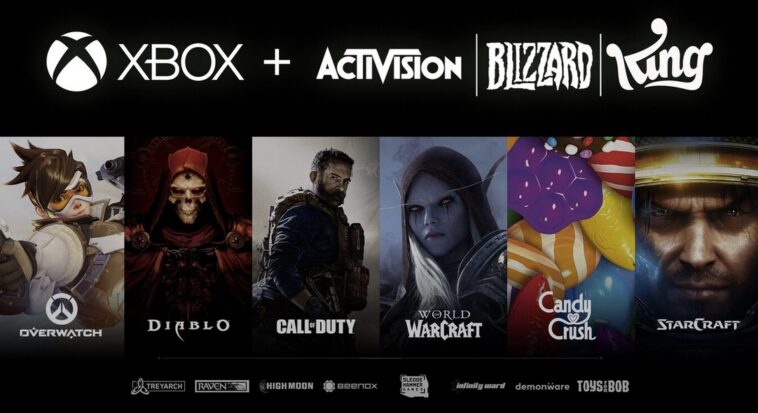 Satya Nadella arrived in 2013 with her roosters. With that special way of speaking but with which he doesn’t say too much either. What he did make clear after taking the scepter from Ballmer is that Microsoft would be a “Cloud First, Mobile First” company. The first thing was the cloud and mobiles. At no time did he say ‘Gaming First’, and look at him now.

The games division of the Redmond company has become a fundamental part of its future. If that wasn’t clear before, it is now: Microsoft has paid $68.7 billion for Activision Blizzard. And while the deal still needs to be approved by regulators, a process that can take months, this is a punch to the table. gaming.

The movement is colossal. If closed, this would be one of the largest acquisitions in the field of technology. And certainly the largest in the world of video games. One that invites comparisons, of course. Here we could be talking about something like the Disney of video games : with the purchase of Activision Blizzard. Microsoft acquires legendary franchises such as ‘Call of Duty’ or ‘World of Warcraft’. But also mobile games that are also giants in their own right , like ‘Candy Crush’. Those three in particular are the ones that provide the company with more and more income: in 2020 they represented 76% of the total.

All this poses a significant threat to Sony. Which at least for now seems to continue to receive titles like ‘Call of Duty’, one of the most played on its PlayStation. But of course, Microsoft is going to be a lot of Microsoft if the deal goes through. Here suspicions arise about the return to the old days of a company that was not exactly the most loved by users at the time. When it dominated our PCs with an iron hand at the hands of Windows and the infamous Internet Explorer.

The truth is that if the operation is closed, those who will clearly benefit will be Game Pass subscribers. A service that was already excellent and that will now be almost impenetrable not only for Xbox owners. But for anyone who has a PC: That’s too much candy to turn down, and Microsoft knows it. That is precisely the danger: there are not so many alternatives here, something that does happen in the world of video streaming.

What happened this week

Lots of cabañuelas and few nuts. Weather forecasts are becoming more accurate. But only in the short term: you can’t ask for pears from the elm tree or miracles from the cabañuelas. And relying on scientifically questionable methods is a problem.

The lunar cube was not a cube. The Chinese mission to the Moon revealed a photo showing a curious cube on the horizon. The cube in the end turned out to be nothing more than an ordinary stone.

The ducks are also confined. In 2017, France had to cull 800,000 birds to prevent a flu epidemic in these species. Spain has ended up reacting well to this type of threat, and now confines the birds to minimize scares.

Electricity is very expensive, but Spain exports it. The thing does not seem to make sense: why export electricity when we need it here before the rise in light? Well, it turns out that the decision is quite successful. Especially since it is selling it at very good prices.

A tablet for the very freaks. It’s called PineNote and it’s a tablet with an eye-catching 10.1-inch e-ink screen that supports the use of a stylus. The problem? That it does not have a pre-installed operating system: quite a challenge even for the Linux users to whom it is addressed.

Either you pay me or I don’t play your video game. It seems like a joke, but the future paints free games that will also pay you for spending time on them. They are called ‘Play to earn’ and are one more element of that crypto paradox. That some hits like ‘ Axie Infinity ‘ are already betting on.

Long live the ‘Lidelmix’. The famous Thermomix managed to get the court to prohibit Lidl from selling its kitchen robot. Which provided many of these functions and cost much less. Now the Provincial Court of Barcelona has estimated Lidl’s appeal and has considered that there is no patent infringement. Good news for those who do not want to leave 1,000 euros in the (great) Vowerk robot.

A different movie about time loops. ‘The Infinite Loop’ (Netflix) is a difficult movie to recommend. As our good John Tones says. “It is not designed to please anyone”. It may even seem like a horror to you. But what it does try to do is show that not everything has been said when it comes to time loops. And that might be worth tasting.

Print and play. Not everything has to be playing on the console or mobile: there is a curious way of playing with games called ‘print & play. That you may not know but which offers a great way (and very cheap, or even free) of have fun.

Officials, make do with their PCs. There is a double standard in Spain: companies must provide equipment for employees who have to telework. But the same does not happen with administration officials. A delicate problem with many edges.

It is what a crypto group has paid for an original copy of Jodorowsky’s ‘Dune’. They had the (absurd) idea of ​​releasing the work , but they didn’t quite understand how copyright works.

Cows with virtual reality glasses. A Russian farmer has come up with a crazy idea: put virtual reality goggles on two of his cows to show them a sunny pasture while they’re actually still inside the barn. The idea will be crazy, but it works: they produce more milk [Direct to the palate].

Preserving video games is difficult but important. In the United States they have a proposal from academics that makes it clear that video games should be preserved for the future. But their copyright laws make it complicated [WAPO, in English]

When we slept in two shifts. Today it is normal to go to bed at night, sleep and get up in the morning. In the Middle Ages people didn’t do that: they slept in two shifts and did things in between. They call that “biphasic sleep” [Magnet].

Let’s talk about the ‘crypto trigger’. Reasoned criticism of everything crypto that does not leave alive any of the many trends that surround this entire world. It is clear that these things generate passions and hatreds. And to show the second, this button [El País].

Install ROMs on a mobile 13 years later. Android based phones were often somewhat limited by their manufacturers. Custom ROMs used to unlock them, but in recent times they don’t make as much sense. Or yes, at least for the people who keep installing them.

GTA as a crime simulator. Great story that they tell us about the origins of ‘Grand Theft Auto’, the already legendary franchise that was born with an effective idea like few others: allowing you to simulate crimes and kill all quisqui [Jot Down].

WhatsApp has a secret menu. It comes out when you press and hold your finger on the WhatsApp icon on the desktop. And it offers some interesting options that, if you are a very active user, will come in handy.

This used to be a vacant lot . If you like maps, pay attention to this interactive one that allows you to explore each building in Spain and show in what year it was built. A way to travel to the past of cities and towns and verify that your parents’ house was from when the military was made with a spear.

The United States, China and France are the most nuclear. In fact, it is surprising that China is at the same level as France (or vice versa). But the commitment to nuclear energy is clear. In Spain, by the way, we use it a lot: more than the United Kingdom and almost the same as Germany [Magnet].

The iBeer Story. The more mature ones will remember an application for the iPhone called ‘iBeer’ that was as simple and absurd as it was effective. He went on to make millions, proving that cute ideas can win. And a lot. [Mel Magazine, in English].

Alberto de la Torre Reyes, Xataka editor, has just bought the Logitech MX Master 2S. “We just bought a mouse for 88.88. I assure you that these were the first words that I thought when I gave the Logitech MX Master 2S to buy on Amazon. I know that I could have bought it cheaper with a little patience, but I assure you that the money I have paid more is well spent. With my previous mouse I was on my way to tendinitis. Spending money on the mouse has been saving it on the physio.”

“In terms of use, it is the first mouse of these characteristics that I use. When you have only had a mouse that came in a pack with a keyboard for 20 euros, the jump is impressive. The ergonomics are infinitely better, the hand position more rested. And I’m still figuring out the best setup for the six buttons and two wheels I now have.

What to play microsoft news

John Tones recommends us to play the latest from Ubi Soft. Rainbow Six Extraction: “This new installment of Ubi Soft’s multi-tentacular tactical action franchise is based on the plot lines of the ‘Siege’ series. Because ‘Extraction’ has no campaign. It’s pure three-player co-op multiplayer. So grab a couple of friends who aren’t grudge-holders and take on one of the toughest. Most insistent invasions in living memory.”

“Because Extraction is a very hard game, but also very accessible. The three members of the squad enter scenarios invaded by creatures, the archeans, and. We will have to carry out different missions, from capturing enemies to remaining defending an area of ​​the reduced and claustrophobic maps. Of very high difficulty, with stealth as a flag. The speed of its games and the elemental nature of its approach also make it immediate and perfect for fast games. The most frantic proposal of the week”.

You can contact us to let us know if we are missing something on our page. I hope you like it. In fact, Thank you for your visit on stepphase website. 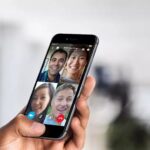 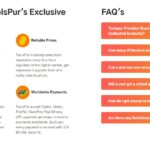