Starlink Satellite Internet the Elon Musk’s project has begun its tests with real users, who can now contract the service.

Satellite Internet is an option in some remote places that do not have fiber connections; But soon there may be another solution, proposed by billionaire Elon Musk.

SpaceX has begun mailing the first customers selected to be part of the Starlink satellite Internet program; Initially, these users will have the “beta” service, still under development, so they can expect to run into some problems.

However, that also indicates that Starlink Satellite Internet is already advanced enough to reach part of the general public. Let’s remember that it was a little over a year and a half ago that SpaceX launched the first satellites of a huge “constellation” that will orbit the Earth.

The mail received by these few users offers exclusive access to the Starlink satellite network to surf the Internet. For this, it is necessary to install a special antenna to be able to connect with the satellites, as well as other components; In total, that means an initial payment of $499.

Once the antenna and everything necessary is installed, users can pay $99 per month to use the service. In addition, those who sign the contract will have to accept a highly variable service, with transfer speeds that can range from 50 Mb/s to 150 Mb/s; in addition, the latency can be between 20ms and 40ms. The company has promised to improve over the next few months.

To use the service it is necessary to use the official Starlink app, which helps users configure the system. Using augmented reality, the app uses mobile cameras to find the ideal areas of the sky to place the antenna; the best results are achieved when the satellites have a direct view of the antenna.

Starlink’s satellite network is not complete, but there are already enough in orbit to provide limited service; The company’s plans include launching some 12,000 satellites in low orbit to offer service across the globe, but so far “only” 900 satellites have been launched.

In his day, Elon Musk claimed that he would need about 800 satellites to offer a “significant” service. The company has admitted that it has already lost some satellites, either because they have fallen from orbit or because they have been “sacrificed” by having errors.

Furthermore, the satellite network has already been the protagonist of several controversies; just as many astronomers predicted, satellites cause reflections and visual pollution in outer space observations. Although Musk promised to fix it, it remains a matter of discussion in the scientific community.

You can contact us to let us know if we are missing something and I hope you like it. Thank’s for your visit. 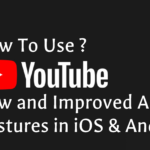